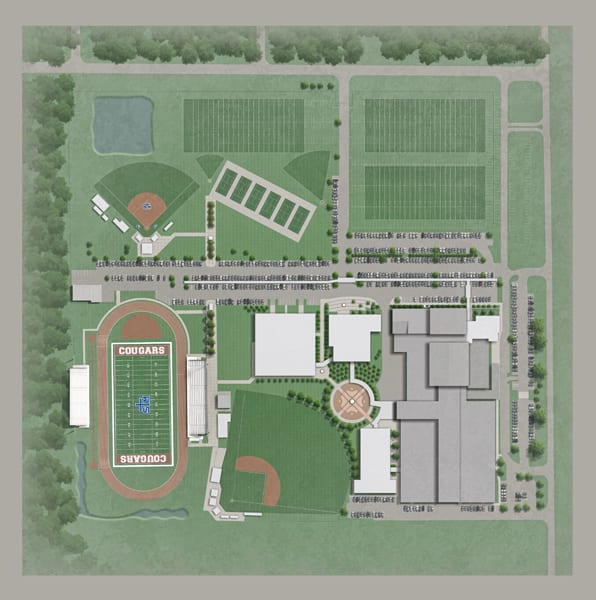 Founded in 1982, St. Thomas More Catholic High School (STM) began to re-evaluate the current needs of the school and what expansions were needed in order to improve their rich learning environment. The objectives were to create a more obvious external Catholic identity for the campus and expand and enhance several key programs in STM’s core mission. New facilities included a new chapel, classroom addition, athletic field house and visual arts building were planned. The administration requested a college campus feel with freestanding buildings.

The solution was to arrange the programs around a common area and create a quad. This space will connect the original building with all of the new buildings to be constructed on the campus. Several studies were done by ACSW to understand the dynamics of this approach including walk studies to determine how long it would take for students to get from class to class during peak times.

In addition, site issues such as the evaluation of the interaction between student driver ingress/egress with the on-street parent pick up/drop off was studied. The existing condition is congested and confusing which creates for an unsafe situation. The new plan consisted of moving the parent pick up/drop off internally to the site and working closely with the Parish to construct a planned street that would allow for students to egress safely. This project was part of a major reorganization of the existing campus that would honor existing traditions and nurture the educational and social opportunities of its students. The new plan defines borders and enhances the school’s Catholic identity. 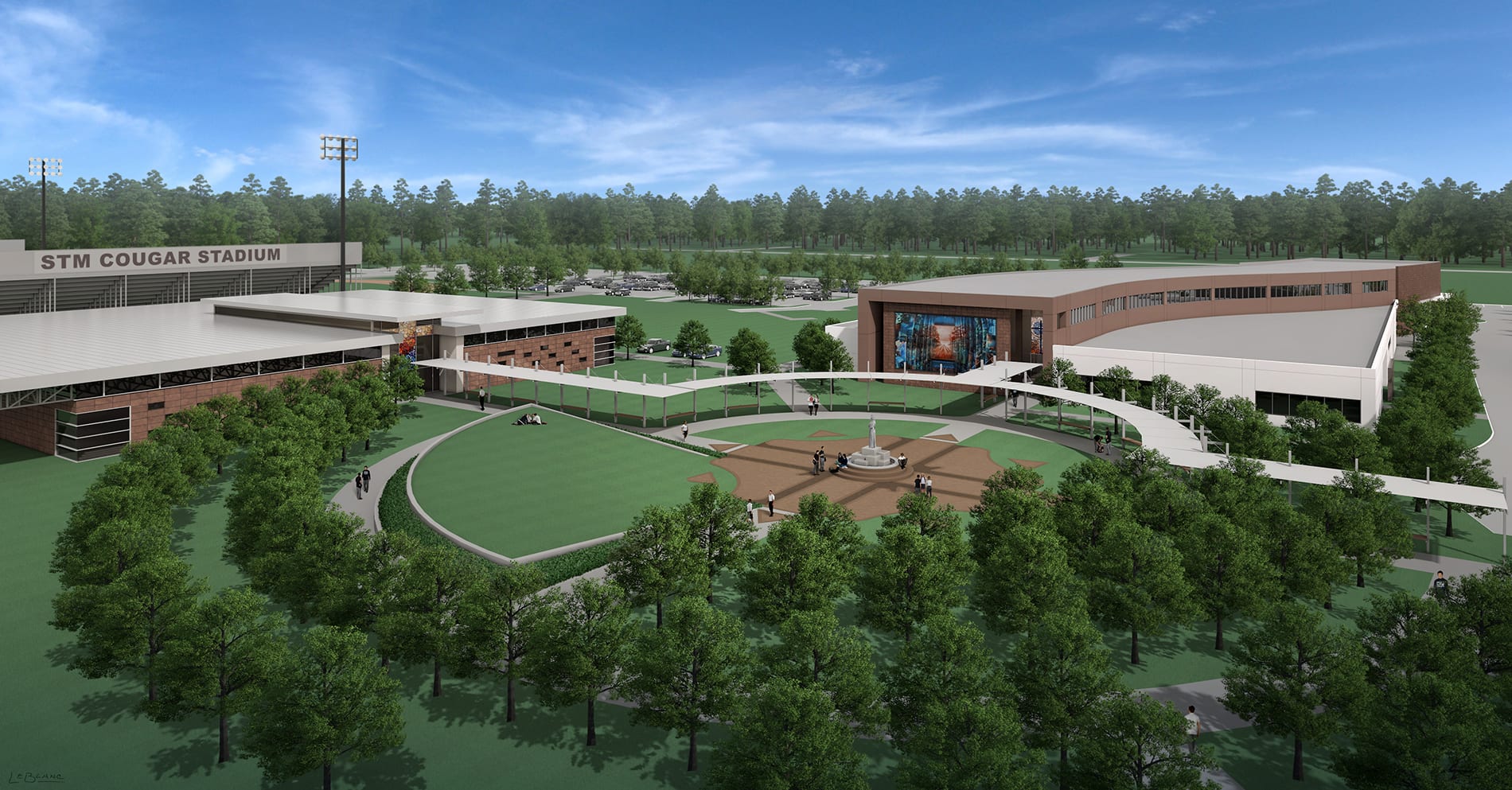 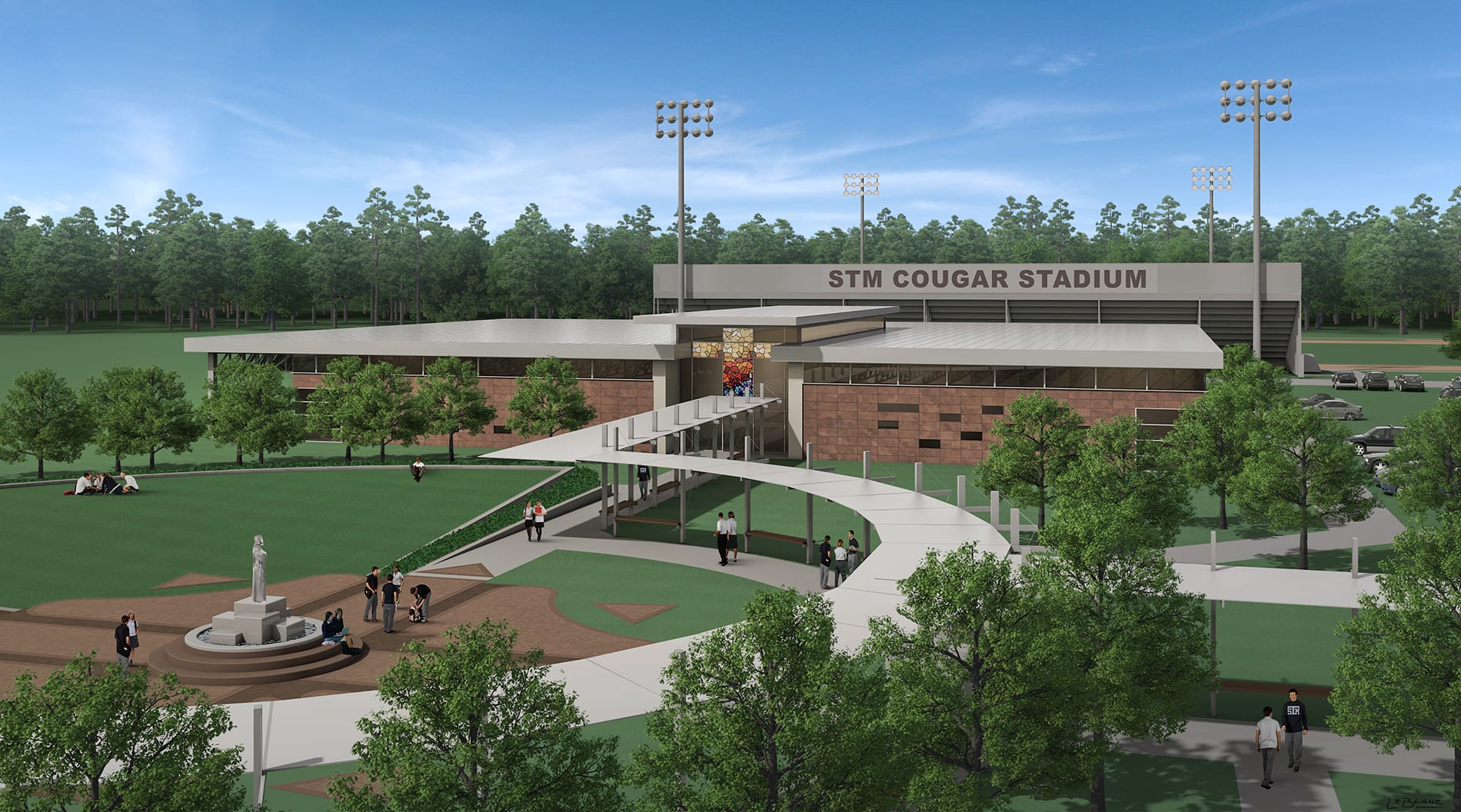