Originally built in 1913 and operated as Heymann Department Store, this historical building had been vacated for ten years and had become a haven for vagrants, and served to undermine the city’s efforts at downtown revitalization. A group of preservationist spearheaded a movement to locate the new natural history museum into the downtown streetscape to revitalize the city’s core.

To move the old museum and planetarium into the Heymann building presented many challenges, not the least being the removal of the entire existing interior structure, which did not meet current code or structural requirements for a new state of the art museum that had to be a centerpiece for Lafayette and it’s downtown area.

The exterior shell was preserved in an attempt to reintroduce and reinforce the District’s historical base. Bold colors were used to announce the renovation, accented by a modern canopy, which serves to enhance the visitors’ experience and the pedestrian focus of the Downtown area. Large exterior windows are utilized, as much as possible, to allow a view into the modern interior, creating a curiosity by the passerby of what goes on inside.

The traditional exterior skin bounds a contemporary play of space and light on the interior. Natural materials such as wood, steel and terrazzo work together through varying balconies that wrap around the planetarium core, like arms to a galaxy. Terrazzo, black with specks of pearl white, acts as a background canvas of space to anchor the cosmic theme. Beyond, a rear atrium stands as a nucleus to the exhibit spaces that surround it, giving spatial reference to the visitors. 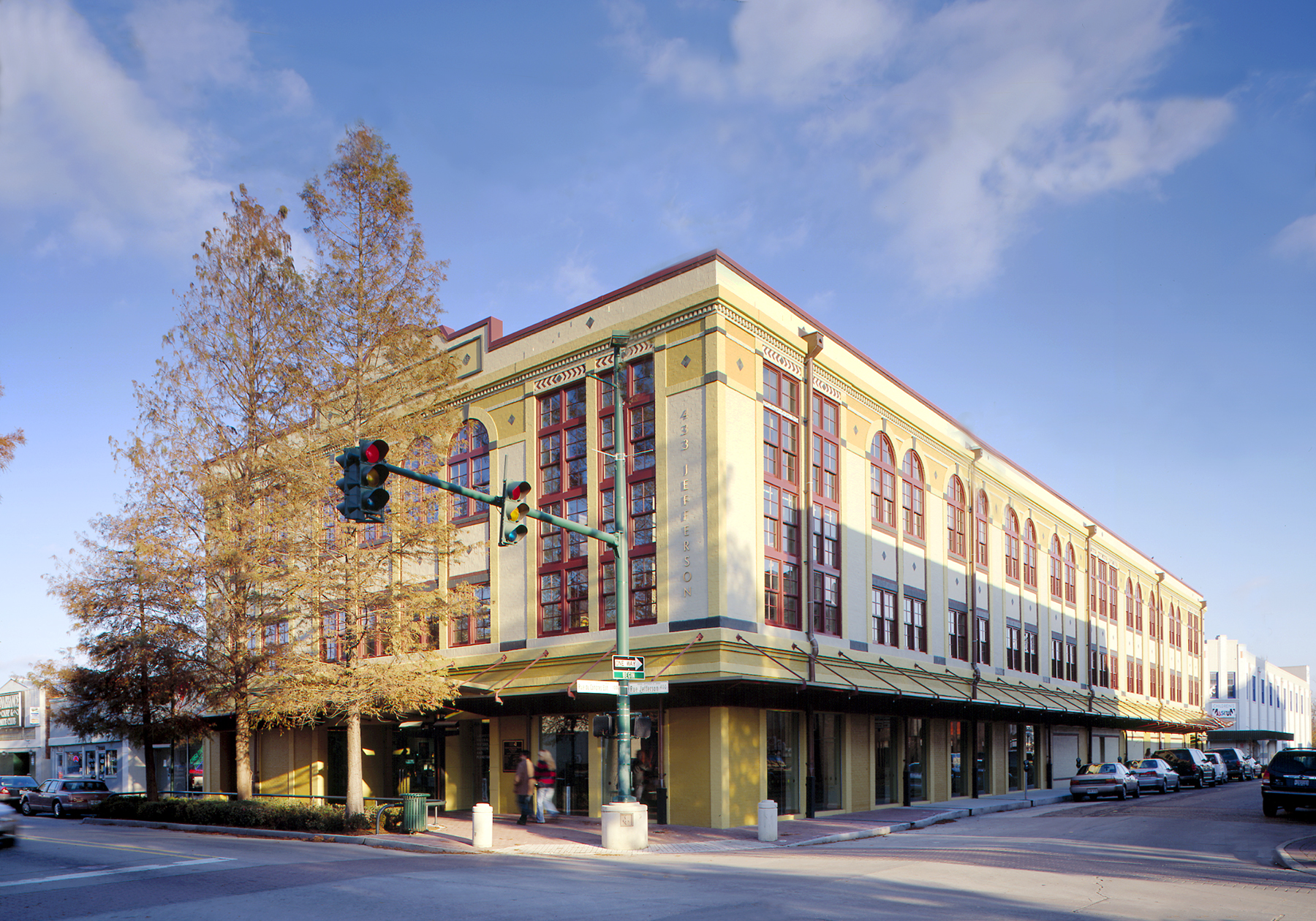 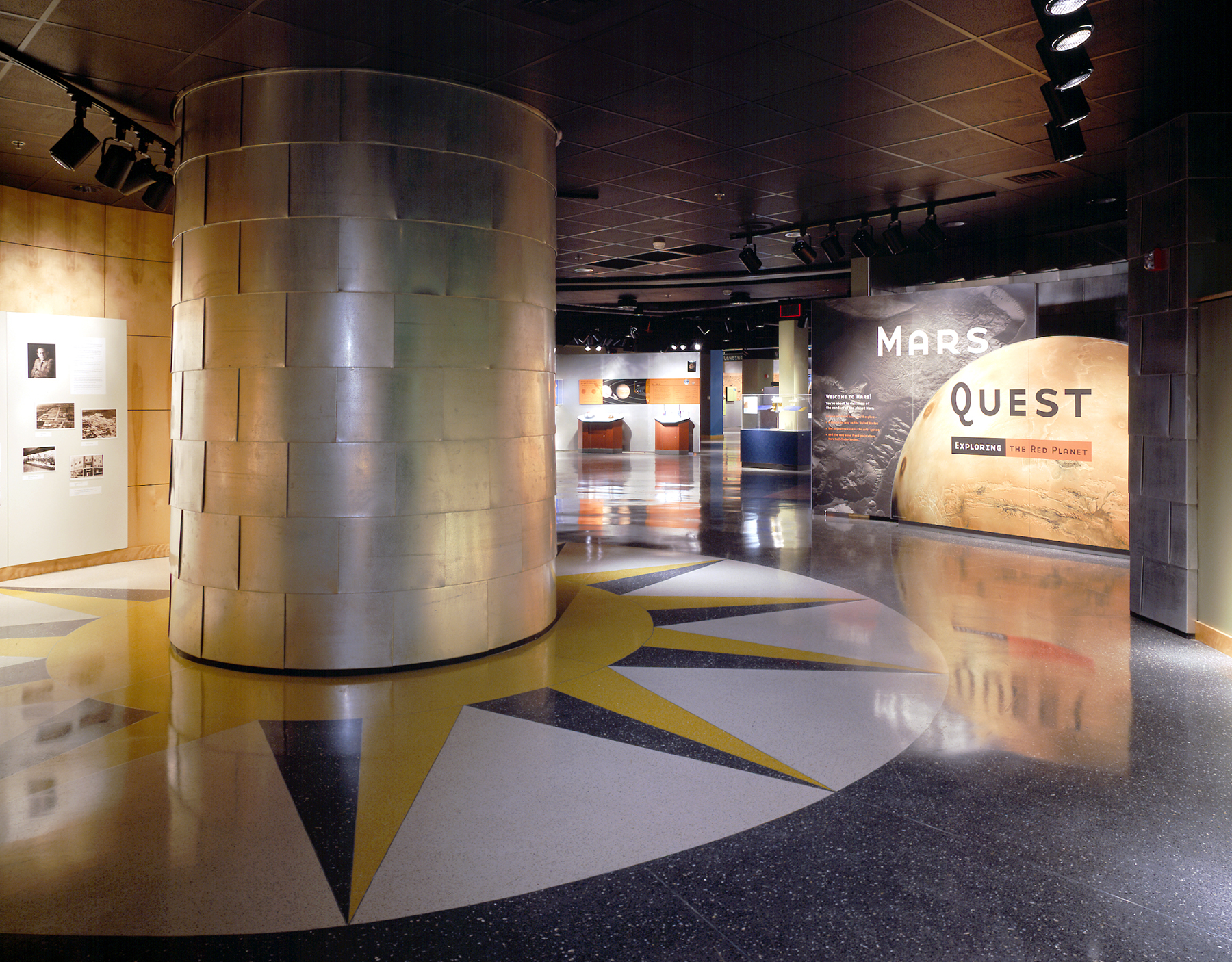 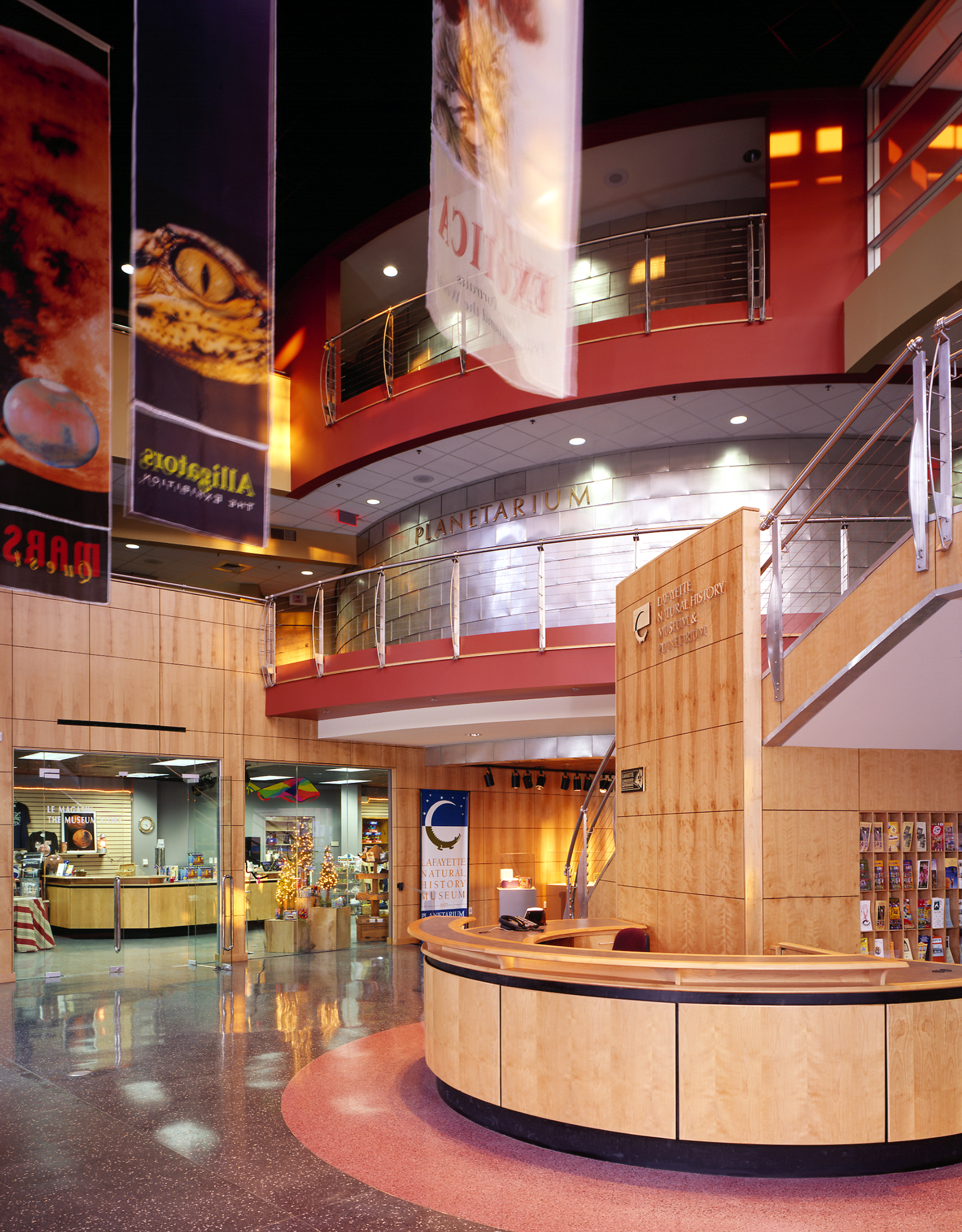 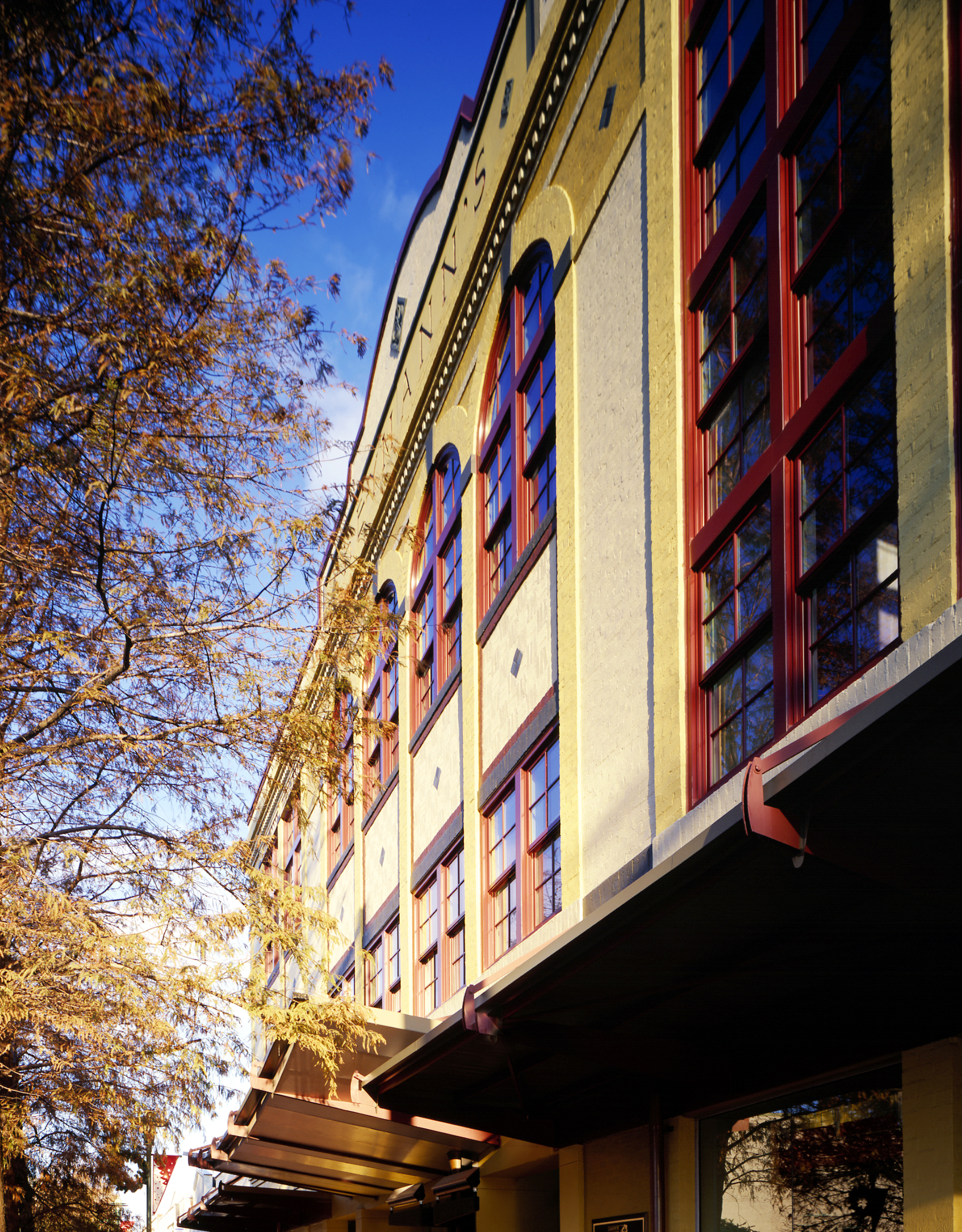 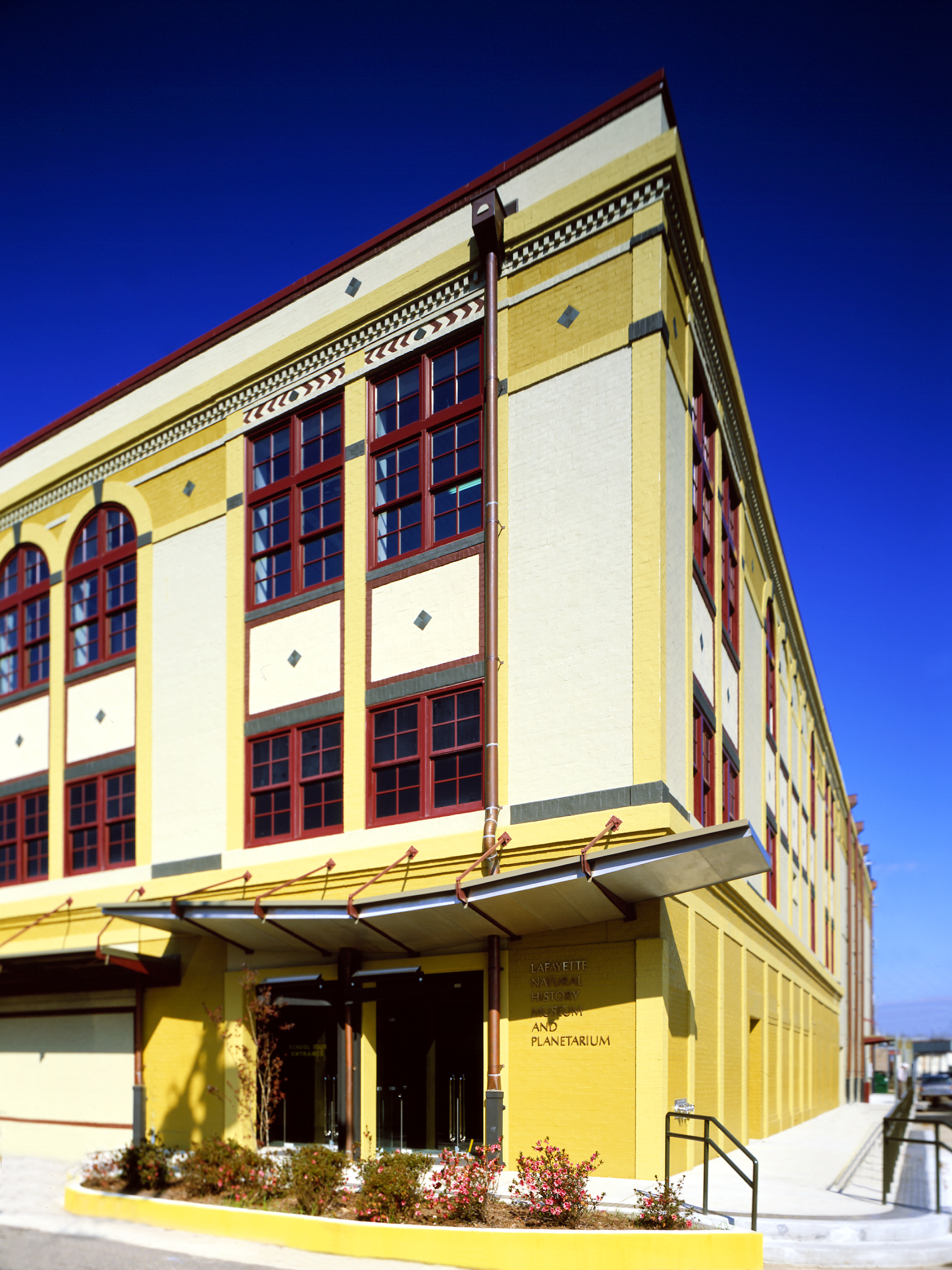 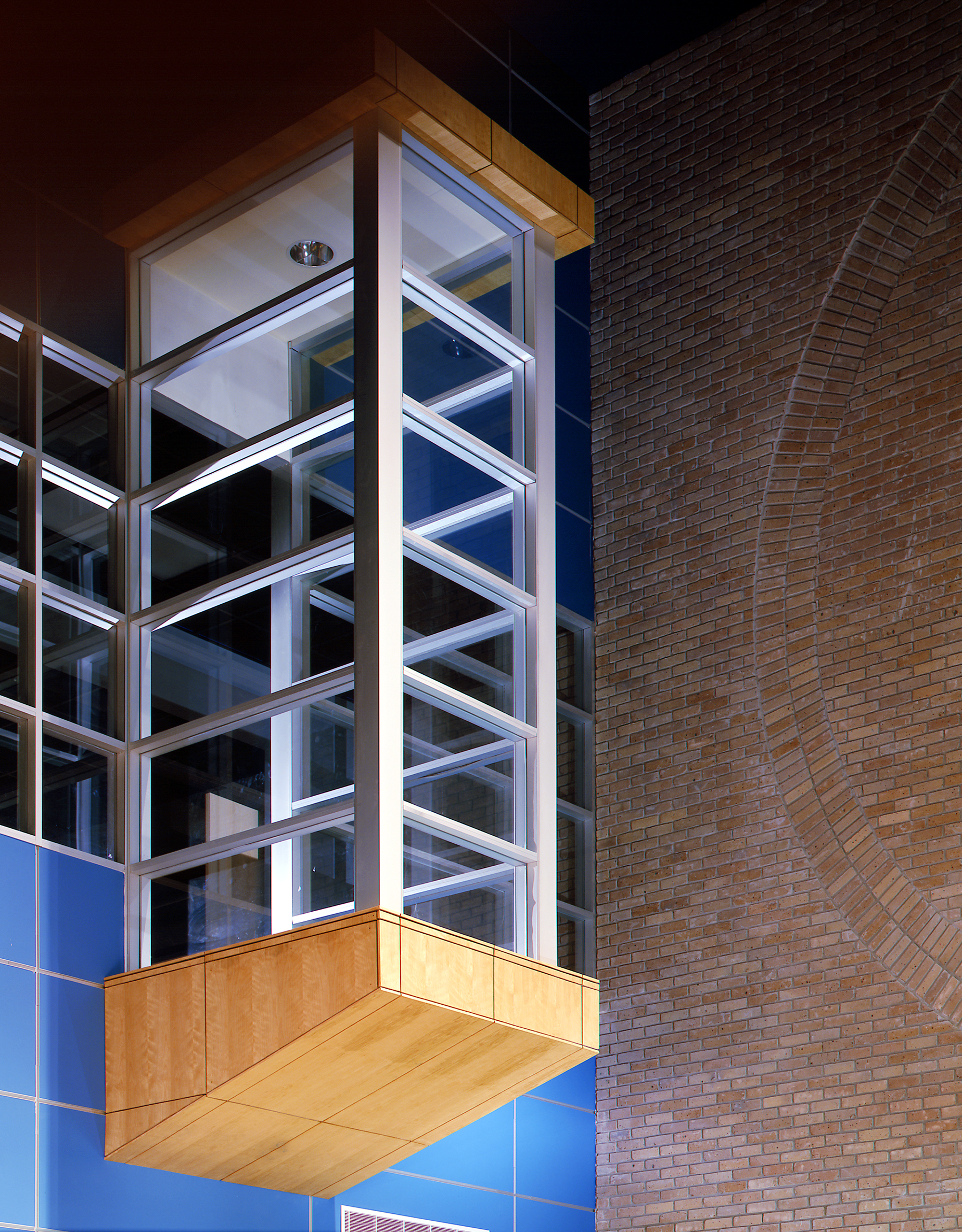 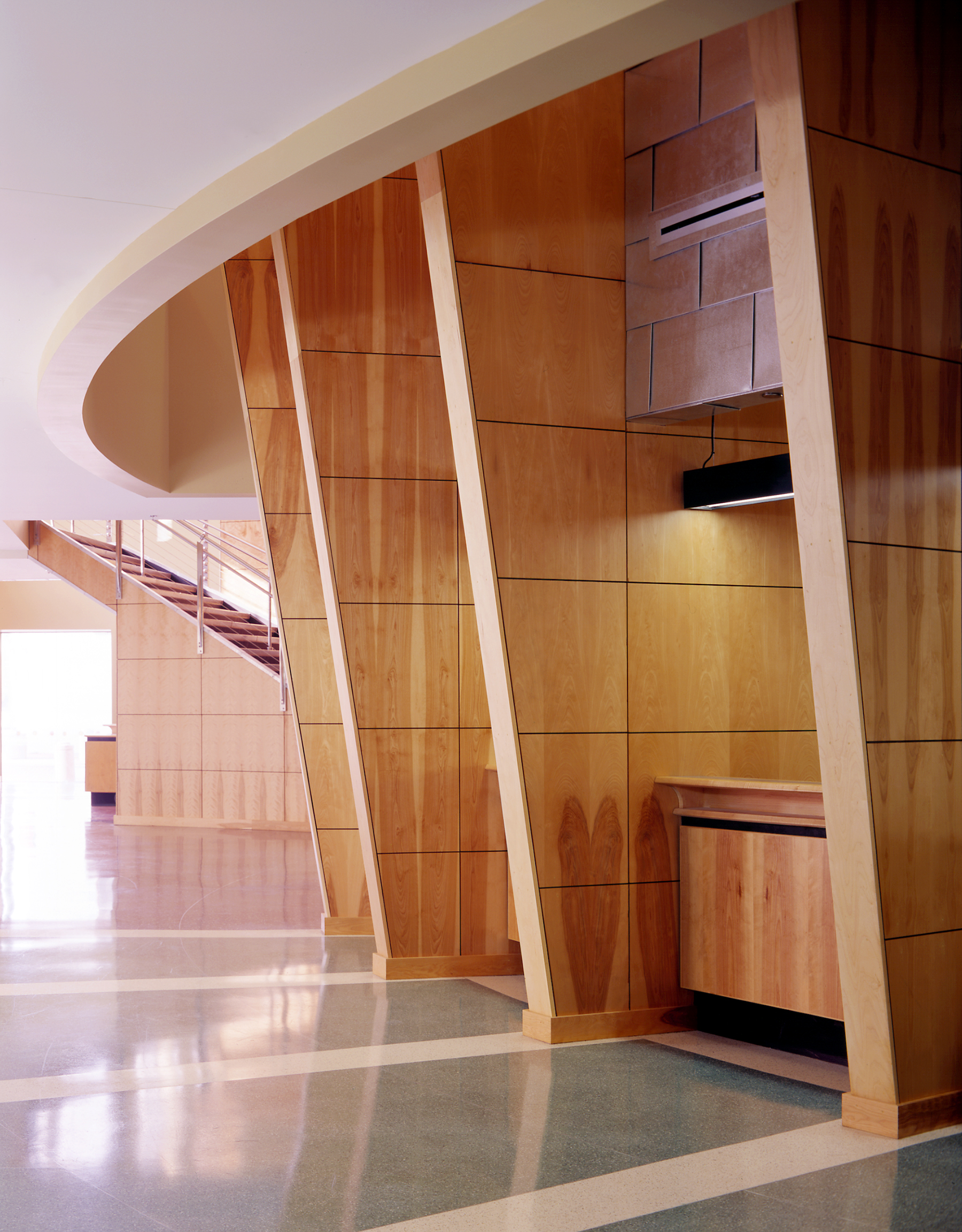 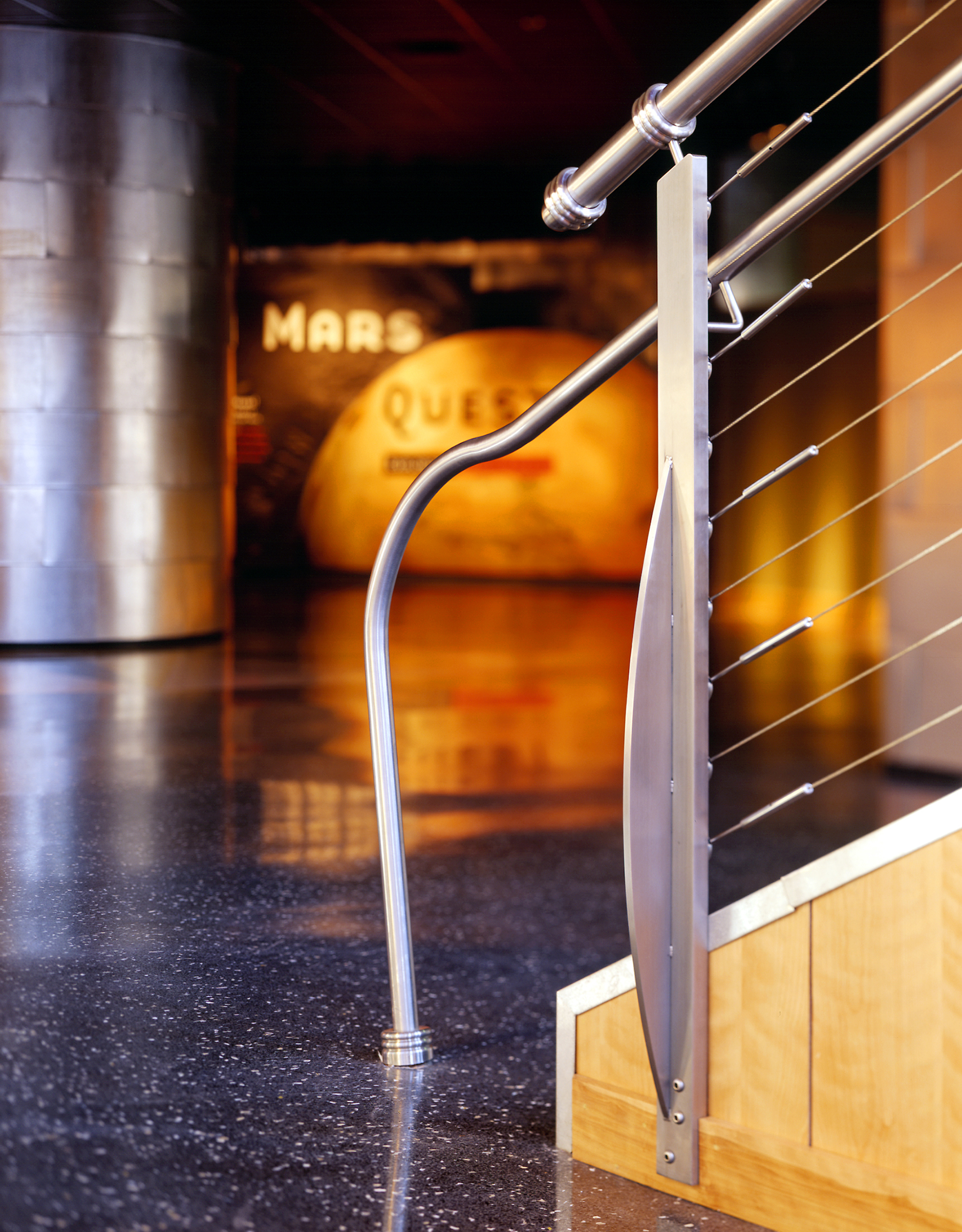 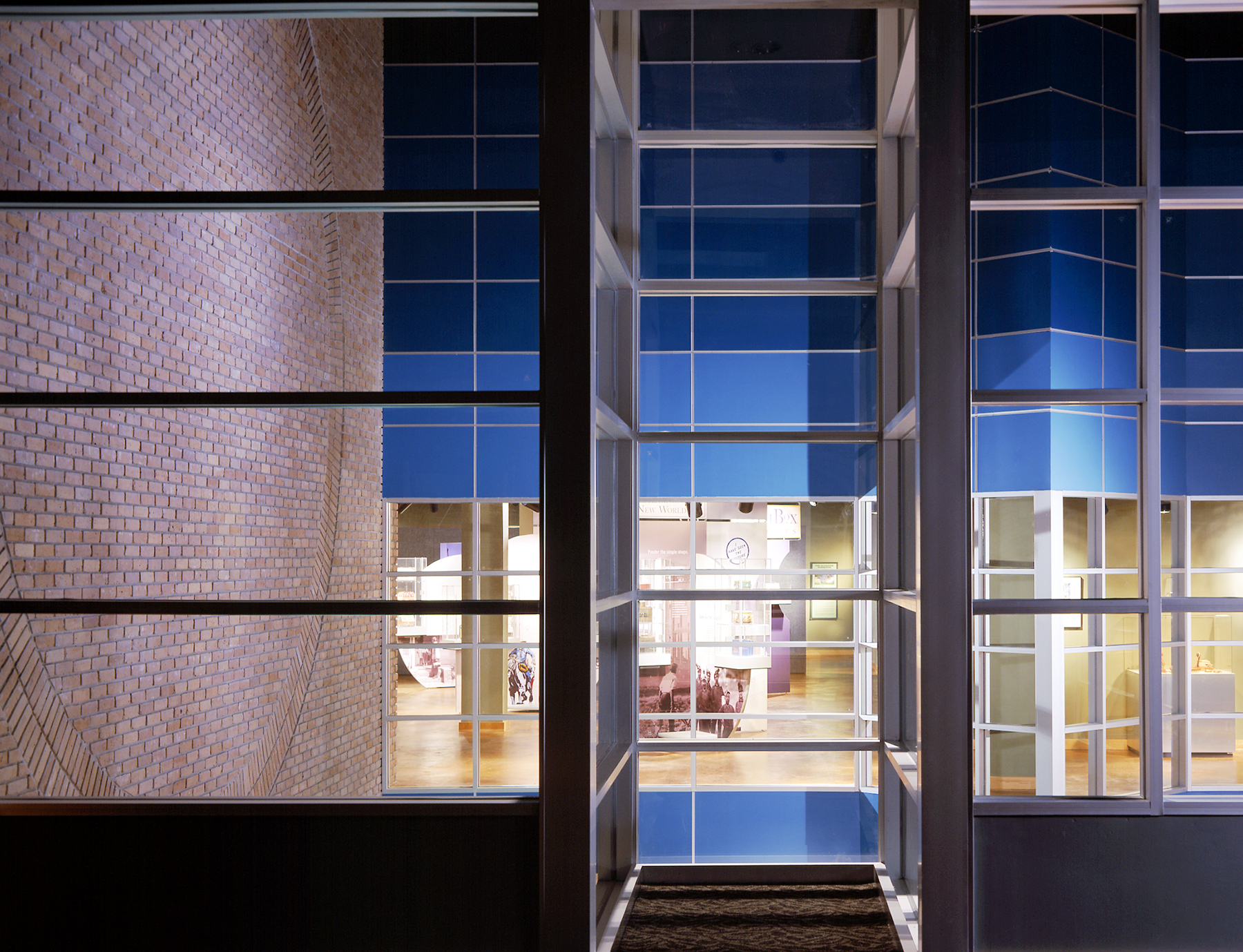 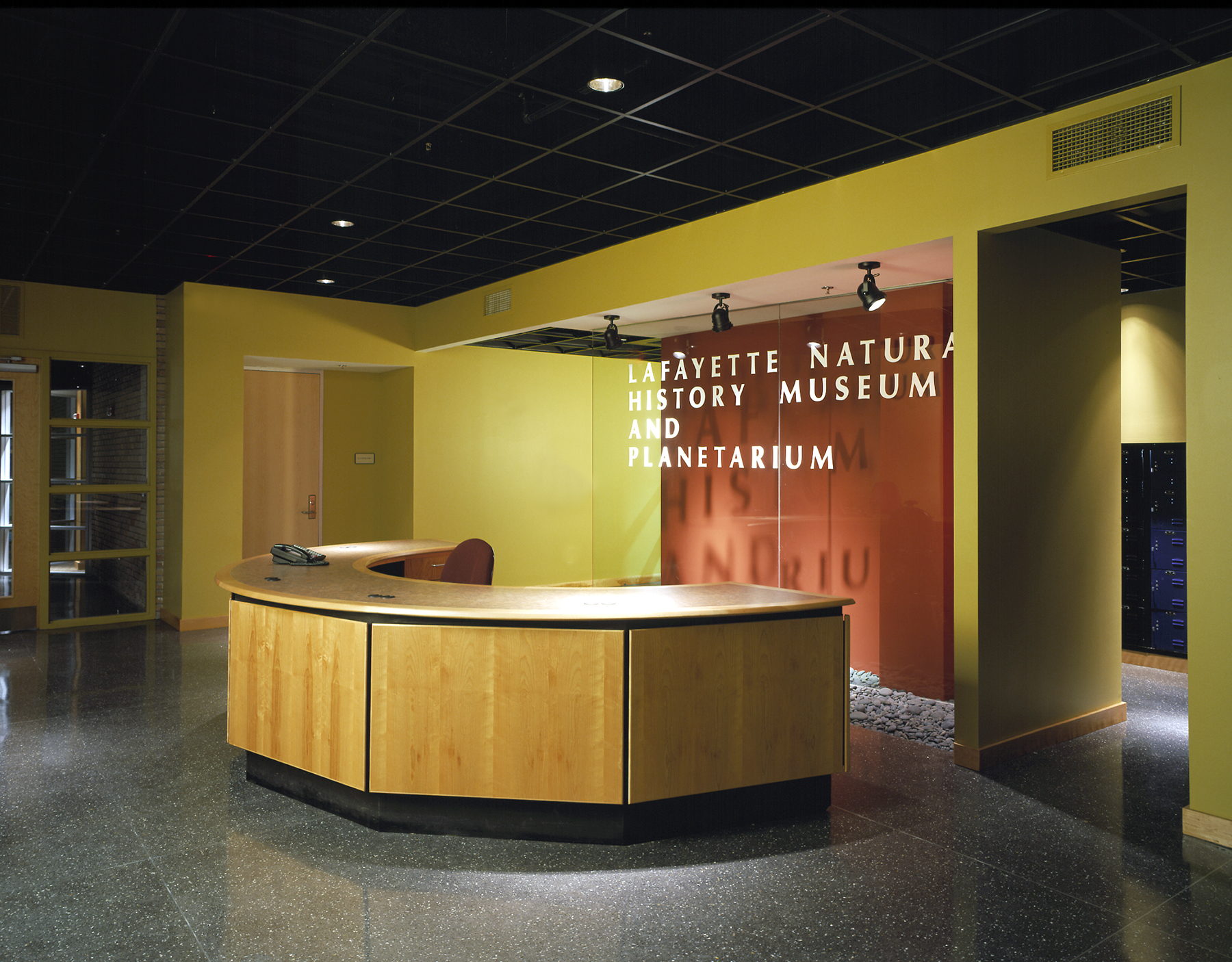 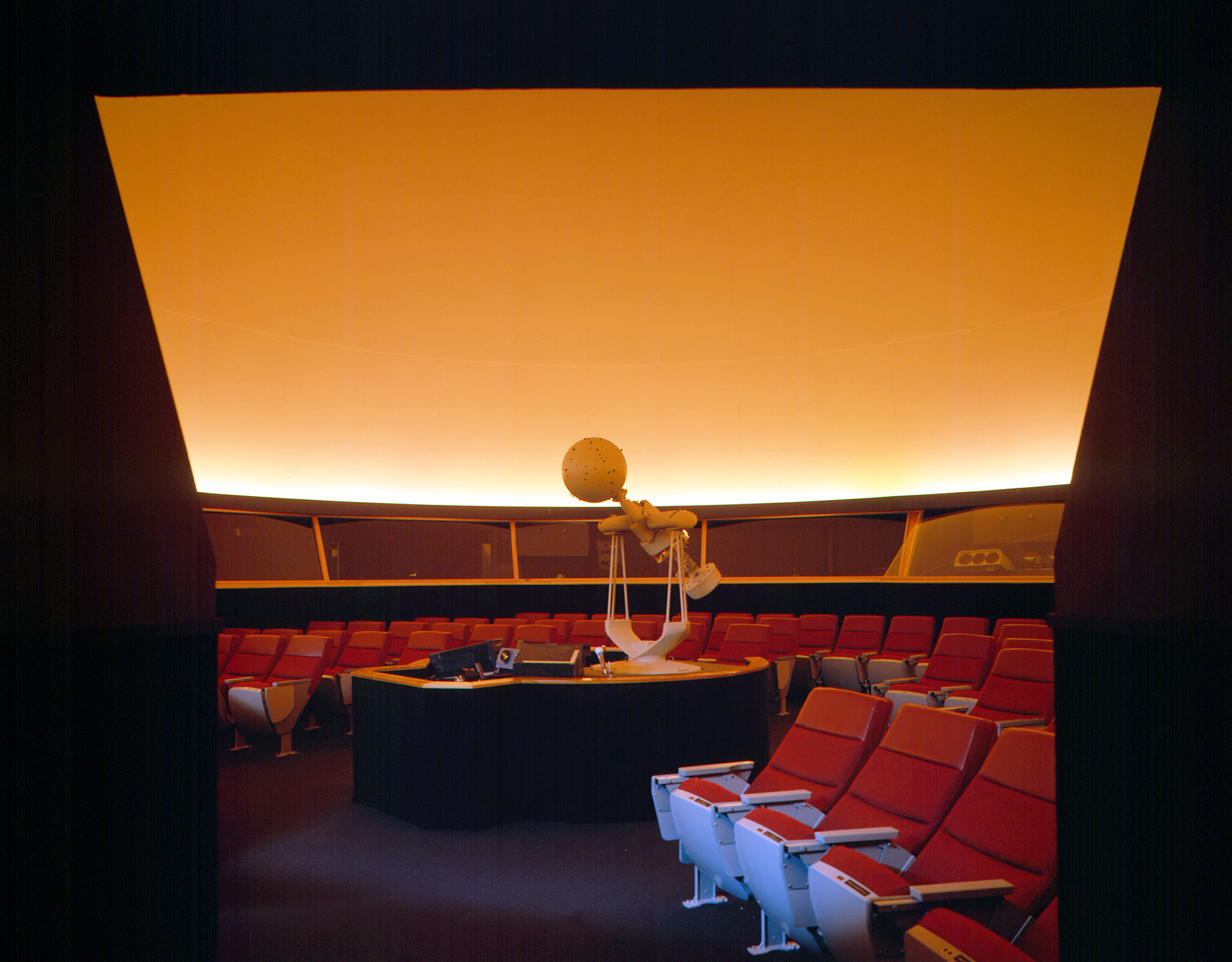