Although it is a top rated middle school in the Lafayette Parish School System, nearly 50 percent of the classrooms at L. J. Alleman Middle School are housed in portable classroom buildings spread throughout the campus. ACSW was contracted to design a new, much needed cafeteria while considering how its placement could be incorporated into a master plan for a new school when, and if, funding were available to do so.

The new cafeteria functions as part of the existing campus while being positioned in such a way as to offer itself to a future reorganization of the school. Major considerations of the new master plan were: House all classrooms under one roof in permanent construction allowing students to travel in a monitored situation protected from the elements, Allow for future expansion possibilities, Vehicle queuing internal of the site alleviate existing vehicular congestion due to pick up and drop off of students, a bus line was wrapped within the school property allowing queuing off of the city streets. Enhance security and visibility within the campus by creating a boundary system partially using the building as the boundary. The school offices are also re-positioned to give visual control to the entry points. 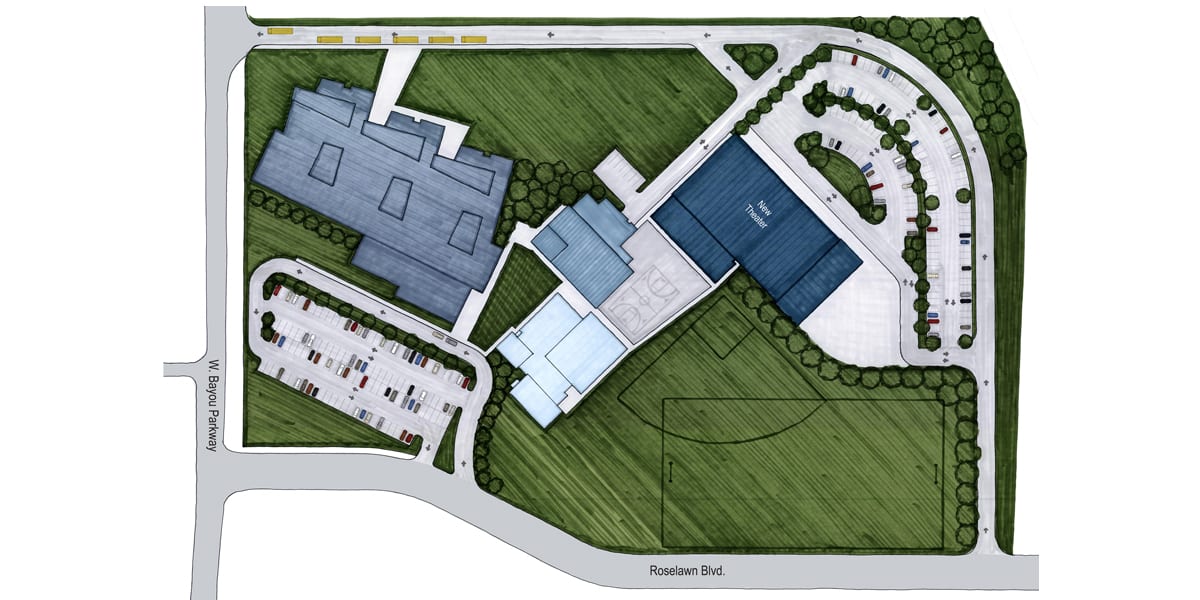 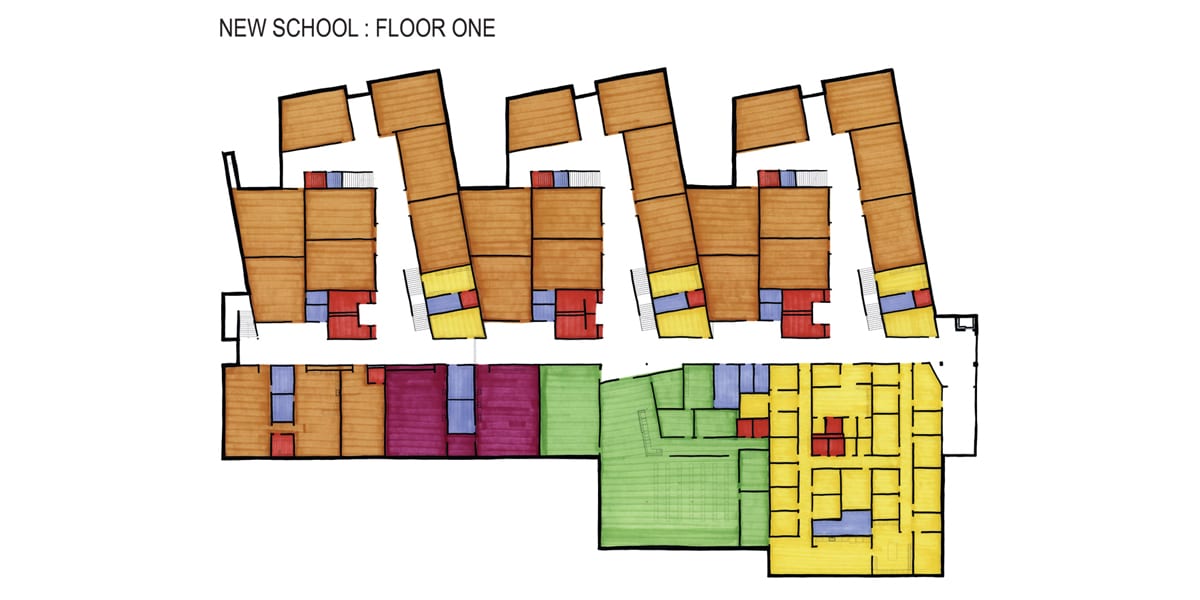 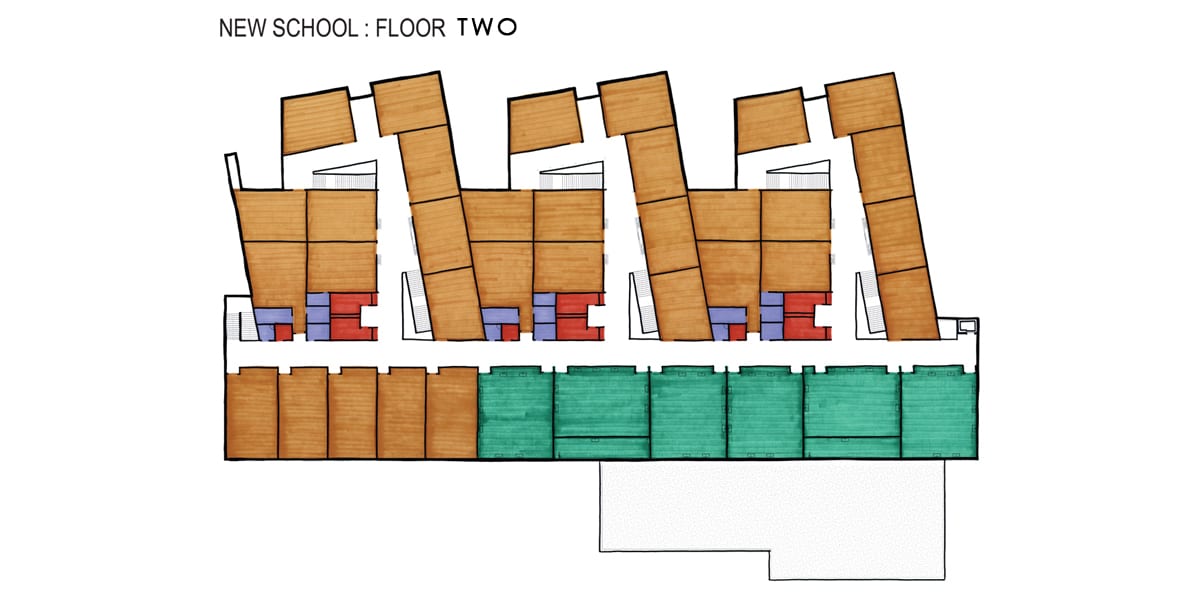