This former law office was constructed in the mid 1950’s, and at the time, the only building on the block, thus, the original building was designed with windows on all sides. Since its construction, however, buildings were developed on each side at a zero-lot line, virtually eliminating natural light from filtering into the interior areas of the building.

The redesign was driven by the main idea of allowing natural light back into the space. This involved virtually gutting everything in the building to make way for the new design which employs an open plan concept. While there was not an opportunity to reuse many of the interior materials, a wall was built in the rear from salvaged brick. The remainder of the useful materials such as doors, millwork, and light and plumbing fixtures were donated to the Habitat ReStore for reuse.

A large portion of the side alley was enclosed as usable space giving access to the diffused northern light available along the rear of the building. The building’s exterior addresses Downtown Lafayette’s scale through the use of storefront windows and a material palette that reinterprets its vernacular context. A terracotta rain screen symbolizes the use of traditional brick while weathering steel reflects the local connection to industry. The southwest exposure of the front of the building was addressed by recessing the glass and by a material palette that either blocks or filters the sunlight. The “bones” of the building were left exposed on the interior to allow the building to tell its story of the past. The finished interior reflects the vibrant, energetic, and creative atmosphere that embodies the office culture. 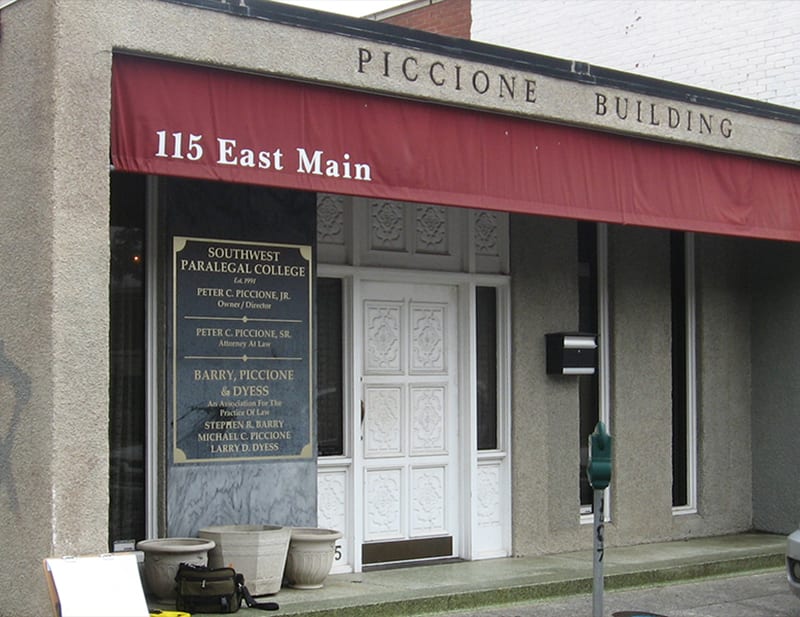 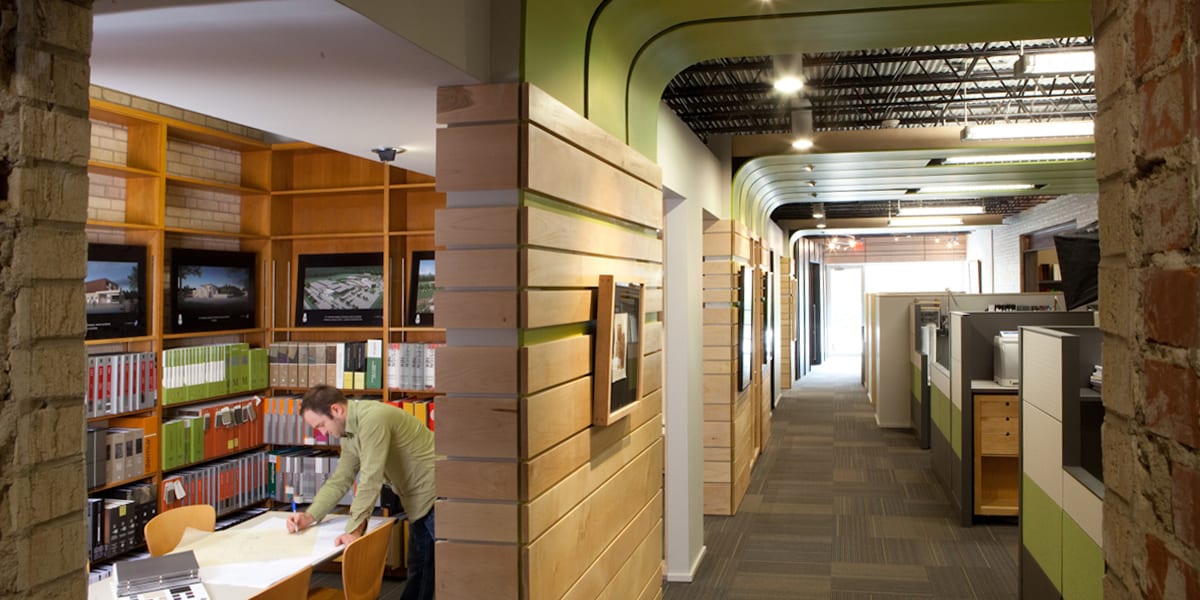 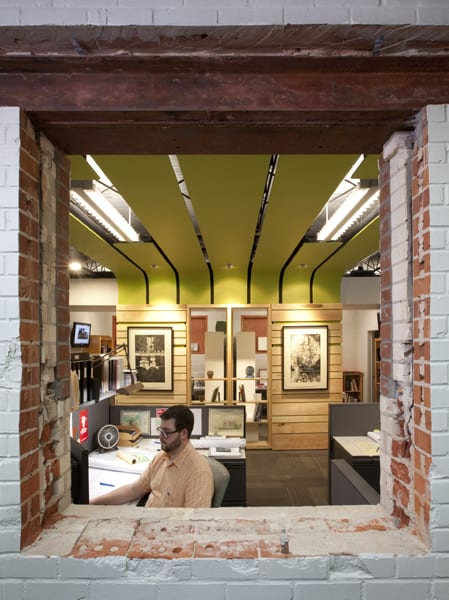 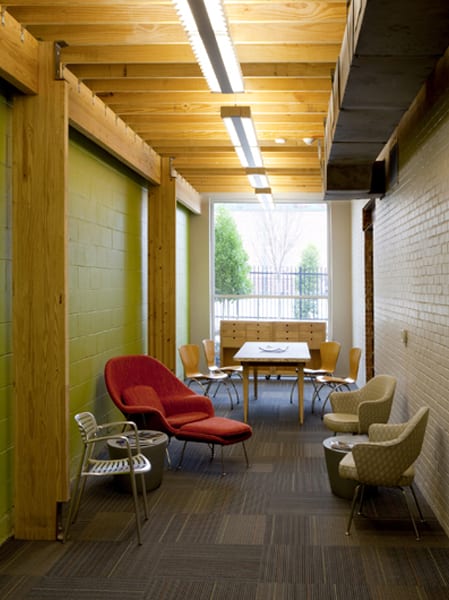